The Charlie’s airhead fly was designed to fill a huge gap in my fly arsenal. The gap that almost all other fly fishers and fly tiers often grimace about when they see a conventional fisherman doing well in the boat next to them with a bait that is large and moves a lot of water during it’s retrieve. 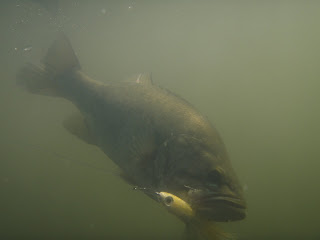 The driving force behind the airhead was to create size while still making a castable fly. I had been fishing the turbid waters of some of our local Northern California rivers for striped bass, using flies I had tied employing conventional tying methods and with combinations of both natural and synthetic materials. In order to create enough bulk in the fly for it to be noticed in 8 to 12 “of visibility they quickly became like a drenched sweat-shirt and too hard to cast for me and my fishing partners. I was at a crossroads with a serious need to get something that worked better.

I was buying my sons football cleats at Big 5 Sporting goods and on the rack across from where I was sitting was a display that included shoe goo.The final piece of the puzzle had been found and the airhead was off and running.

How to rig and fish the airhead

I also use this set up to fish very slowly in 8 to 10 feet of water when winter water temperatures plummet to the mid to high 40’s.It allows you to dance the fly in the fishes face making it too hard to resist. My personal best Large Mouthed Bass of 8 plus pounds was caught utilizing this method in mid 40 degree water. Patience seems to be needed in large supply to fish this way effectively. 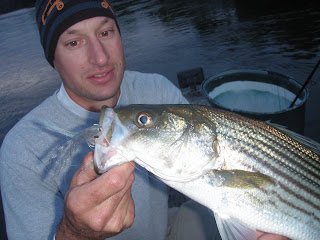 If the need is to fish 3 to 8 feet with a medium to fast retrieve then a type three Rio outbound line is my choice. If I am fishing much below 8 feet or so then the Rio T-11, T-14 integrated shooting heads are what I reach for. If the goal is to get the fly down deep, then it is imperative that you give a quick strip when the fly hits the water. It is critical that the fly get pulled under the top of the water to release the air pocket that can sometimes get trapped in the head of the fly. Once the air is out of head of the fly it will sink very rapidly allowing effective fishing to be accomplished at depths of up to 30 feet.

Our buddy and ace Delta guide Kevin Doran has a blog dedicated to fly fishing the California Delta. Check it out here http://captainkd.blogspot.com/
You'll learn a lot about fishing this awesome fishery by checking out this blog and even more if you book a day on the water with Kevin sometime. We highly recommend it.
Posted by Ken@theSpot at 3:48 PM 1 comment: